Taking the Theme Literally: A Response on Niches 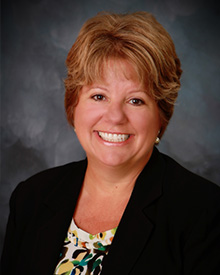 Much has been said about the impact the Dodd-Frank Act has had, and will have, on the mortgage industry. Early concerns involved overburdening restrictions and the impossibility of compliance, but as companies finalize their plans to manage the new regulations, what emerge are not so much concerns about day-to-day operations, but the shifts the new regulations will prompt in industry philosophy.

Prior to Dodd-Frank, the mortgage industry had become what many other industries also are: a field of widely available options in which many individual companies stood out for their specialties, either unique products they provided as lenders or particular products in which they cultivated expertise. With the imposition of the new regulations of the Ability-to-Repay (ATR) Rule, companies no longer find themselves able to specialize or cater to specific segments of customers; the new guidelines simply burden lenders with too much risk to offer many of their specialized options. Instead, the ways in which companies make themselves stand out have shifted from products and practical concerns to more nebulous concepts like customer service and responsiveness.

In the aftermath of Jan. 1 and 10, there will be a period of adjustment for mortgage companies nationwide as they learn how to navigate the new regulatory waters. While large institutions have announced that they will originate non-QM loans, it is unlikely they will buy non-QM loans from other institutions. A large portion of lenders, therefore, will be confined strictly to QM loans, at least until they understand more about the ATR Rule’s effects and which investors are willing to take on what amount of risk.

Larger banks, who can afford to take risks on their own non-QM loans right off the bat, and smaller companies, who have a QM exemption, may maintain a close approximation to business as usual, but companies who fall in the middle of these two extremes will find themselves in competition in a more limited market. With generally the same products to offer as their peers, these mid-sized companies will have lost their main tool in such competition and will be striving to find new ways to stand out from the crowd.

The specific products, services and relationships companies offered prior to Dodd-Frank’s enactment, in many cases, created a culture of niches. Companies used their market position to their advantage to stand out to their customers, offering either products or pricing that was unique amongst their competitors or that appealed to their particular client bases. As in any regulated industry, companies must distinguish themselves and build business off certain distinctions, or niches, but the new regulations have made many of those niches an impossibility, whether temporarily or not.

The QM framework will be less dependent on price or unique products and instead based on how the sales experience compares amongst peer institutions. The burden of attempting to maintain distinction has fallen to details that are more difficult to craft. Instead of unique terms, pricing and products, companies must craft messages in how their service is superior to their competitors’, a task that is made complicated by the fact that superior customer service is more difficult to define and market than the more straightforward terms of product availability. The definitions of excellent customer service and the ideal sales experience can differ greatly from consumer to consumer, making a company’s niche harder to pin down.

Likewise, if the QM framework has the expected effect of limiting eligible borrowers for those institutions not originating non-QM loans, true niches are likely to become secondary to the overall goal of finding qualified borrowers. The production volumes in 2013 appear to be below 2012 levels, so most lenders do not have the luxury of limiting themselves to exploiting a market niche. One consequence of the ATR Rule is that the first few months of 2014 will be defined by plurality. In the early stages of QM, we are all created equal. The regulatory environment is somewhat limiting to the individuality that, to some degree, built the industry. In particular, non-bank mortgage companies who depend on distinction and personality are jockeying for position in the new QM market.

It is clear that existing niches have been largely pushed out because of new regulatory constraints. One would expect, then, that as existing niches have been pushed out, new niches would not find their way into the market. Yet, if “necessity is the mother of invention” is a truism, we should see niches reappear or develop in the market over the next year, simply because niches are the only way for mortgage companies to distinguish themselves and drive business.

The shift between the markets before and after the new regulations is not that niches will cease to exist, but that they will evolve to take new shapes that allow them to foster business and drive competition – and also to respect the new regulatory climate without imposing undue risk on lenders. For the last six months, we have heard that in the first six months following the rules’ enactment, lending will be defined by uncertainty. Nowhere is that more true than in relation to the concept of niches, whose effective elimination in their previous form will require institutions to reinvent significant aspects of their business.

Though we do not claim to have the answer, we would expect the industry to start carving out distinctions, and also challenge institutions to be creative when searching for those news niches. Since competition has not been totally regulated outside the market, there is room for mortgage companies to begin to redefine their forte in the market.

Patti White is vice president of correspondent lending at Norcom Mortgage & Insurance, a Connecticut-based provider of residential and commercial mortgages and insurance policies. She may be reached at patti@norcom-usa.com.